The Jewish folklore belief that the red string brings good luck and wards off harm is not particular to Jews. It can be seen in many cultures tied to wrists or to window or door of the home, and used as a symbol for luck, protection and against the evil eye.

Across all sections, of the Jewish population, religious, and secular alike, red strings can be seen on wrists. Those given the strings are told of its blessings, protection from the evil eye and worn to bring them luck.

Some who don’t want to wear it on their wrist, carry in their shirt pocket or wallet, do so to protect themselves from the evil eye of others and to bring them luck.

The Red string bracelet offers symbolic properties of protection against evil eye, as well as for blessings,  for medical (sickness) blessings, psychological (anxiety) calming help, and for general success in life.

The red string symbolically solves the conflict between – wish and reality; as it reduces stress, and creates a state of greater calm and ease for the wearer.

The history of the red string (the scarlet thread (hut hashani)) in Jewish tradition goes back to the bible, with its first appearance in Genesis with the tale of Tamar.

The appearances of the red string in the Bible (Old Testament) is connected to situations of birthright, sacrifice, atonement, and protection.

The scarlet red thread serves in a similar capacity as a mark of protection in Proverbs 31: 21, in which the ‘virtuous woman’ is not fearful of any harm to her household, because its members are protected with scarlet wool:

“Whether marking the doorposts of the ancient Israelites, the wrist of a newborn, or the window of a harlot, blood, or its image in the scarlet thread, remains a mark of protection and promise, and represents a public pronouncement of faith in God and his promises to the individual and to the nation as a whole “

Red thread was believed to protect a person from certain death or disability caused by the evil eye (Hone 1967; Opie and Tatem 1996).

What has made a simple piece of red string such a popular curative and protective symbol across such a wide range of cultures?

The red string brings three important symbolic elements into play: redness (the color red) , the act of tying and knotting, and the circular form it assumes when tied.

Viewing red string rituals, symbolism, and functions through the lens of these folk theories can help illuminate the string’s power as a traditional symbol across cultures. The string symbolically functions as a boundary marker between life and death.

Symbolism of the Red Thread – Judaism

Red is a symbol of life. Red is the color of blood. In Hebrew ‘dam’ is blood, in Hebrew the color red is ‘adom’. Both have the same root for man ‘adam’, and also for the word earth ‘adamah’.

The Red thread is believed to protect a person from death, disability or harm caused by the curse of the evil eye.

Circle – A circle is thought to have magical applications as it acts of banning evil spirits.

What is common to all ritual applications of circles is the magical act of banning evil spirits to the circle’s periphery.

In the Middle Ages they would create a circle on the ground before beginning to evoke the spirits. Protective circles were ritually drawn around the bed of those thought to be as invalids or new mothers; in another rite of encircling, a diseased body part is encircled with an object, or a person or site is circumambulated while charms are recited.

First, the circular form of the thread when tied to the body can be understood to guard the wearer by creating a symbolic private,  impermeable arena  within the circle.

The Red string bracelet  serves as circle for its protective function. Spirits are driven away or rendered powerless by the guard of such as an amulet.

The String is seen as a circle, a wall of protection to seal off the body from attack while retaining its life force within the bound area.

Theory of the Evil Eye

The red string serves symbolically in warding off the evil eye, by building a symbol of protection to fool the evil eye by sealing in the life-liquid (blood) of the wearer within and keeping it from seeping out.

The theory of the evil eye, in which it has been claimed that all evil-eye beliefs are based on the notion that life is liquid (healthy red blood) and death is dry.

The redness of the thread serves as a symbolic substitute for blood, the life-maintaining liquid of the wearer, as it serves to ‘fool’ the evil eye into ‘drinking’ the external visual blood symbol ( the red string) instead of the actual life-blood of the wearer. Keeping the life liquid of the wearer within the circle and keeping it from seeping out.

Accordingly, it can also be argued that, the red string is a symbol of blood and it symbolically covers the wearer in protection, and that it is binding symbolism as it seals the wearer’s life-liquid within the body’s boundaries.

In folklore rituals, as it relates to the magical significance of the color red; the idea that a red amulets (string), or red wine often substitute for the blood of sacrifice.

One may thus conclude that by visually marking the body or home with surrogate to sacrificial blood, the red string symbolically appeases the malignant evil force and saves the wearer.

As an example  think of the Israelites placing  red blood on their doorposts to protect the homes of Israelites from the 10th plague (bible exodus).

Perhaps explaining the universal function of the red string in warding off evil eye.

A red string Symbolically offering psychological help in reducing stress by creating a state of calm and ease to the wearer as their red string offers protection from the evil eye and in bring them luck.

Red thread / red string is believed to protect a person from the harm caused by the evil eye. In order to protect the home and its inhabitants red threads are often tied to apertures, such as windows or doorways. 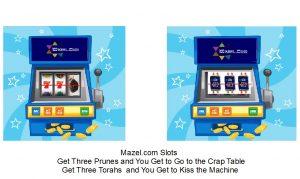