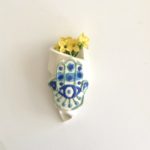 Hamsa a housewarming gift for Good Luck and Blessings.

In this article we will explain what a Hamsa is, its origins and why it brings good luck and peace to homes.

What is a Hamsa?

One of the most ubiquitous lucky amulets is the Hamsa and  … It’s been in use for thousands years.

Hamsa is a palm shaped hand amulet/symbol  used to bring luck, happiness, power, health and  peace to the home and its inhabitants. It is also used to protect against evil eye.

It’s a meaningful amulet in both the Jewish and Arabic traditions. The number 5 in Arabic is khamsa, in Hebrew hamesh , the number 5 referring to the 5 fingers of the hand. 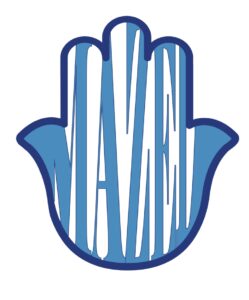 The hamsa comes in a variation of hand shapes: if the fingers are closed together, it is to bring luck and peace, and when they are spread it is to highlight protection.

When displayed with the fingers up it is used to highlight protection against evil eye, and when down to bless and for peace and luck.

Most often the fingers are rather symmetrical with – the thumb and the little finger are at the same size and height, and the other 3 fingers are higher and also at the same height.

It’s usually colored in shades of blue, but can be colored in other colors as well.

At times an eye is added to the middle of the palm, in the belief that the eye deflects the evil eye of others and protects against and people’s bad intentions.

There’s an ancient belief called “Evil eye” that dates back to the bible.

The evil eye belief has different subtle meanings in different cultures, basically it’s about another person intending to harm someone else, usually because of jealousy, with their ill willed intentions, by casting an evil eye. The curse of the evil eye by others, is believed to cause misfortunes, illnesses and even death.

Because the person seeking to cause harm, uses their glare to cast the evil eye, and unfortunately, it is usually when the affected innocent victim is not aware of it. Folklore in most traditions the glare is just a metaphor without the need for the strict literal physical evil eye glare.

The Eye & The Hamsa

The eye acts as a mirror and its purpose is to reflect back the evil eye (and other bad omens) to the caster. Perhaps also explaining why, there are a so many talismans, symbols and amulets with an eye symbol on them.

It is also believed that one can reflect back the evil eye with a mirror.

Where to hang the Hamsa?

Often times it’s hung on the door or near the entrance area, because it’s believed that when bad omens are approaching they’d come through the door.

Another very common place is to hang a Hamsa in the room of an expecting mother to be or a newborn baby/child’s room, especially by the parents to protect the young children.

A Hamsa can also hang it on and near any other doors in the house. Or it can also be hung in a central place or on any wall so that it is visible.

More Hamsa Articles:  The Hamsa & Its Jewish Origins –  Why is Hamsa a Traditional Housewarming Gift – Hang a Hamsa for Good Luck & Blessings

Are you looking for a Housewarming gift for Someone You Care About?

A Hamsa is the perfect Housewarming Gift, when you want a house to have Blessings and Good Luck. 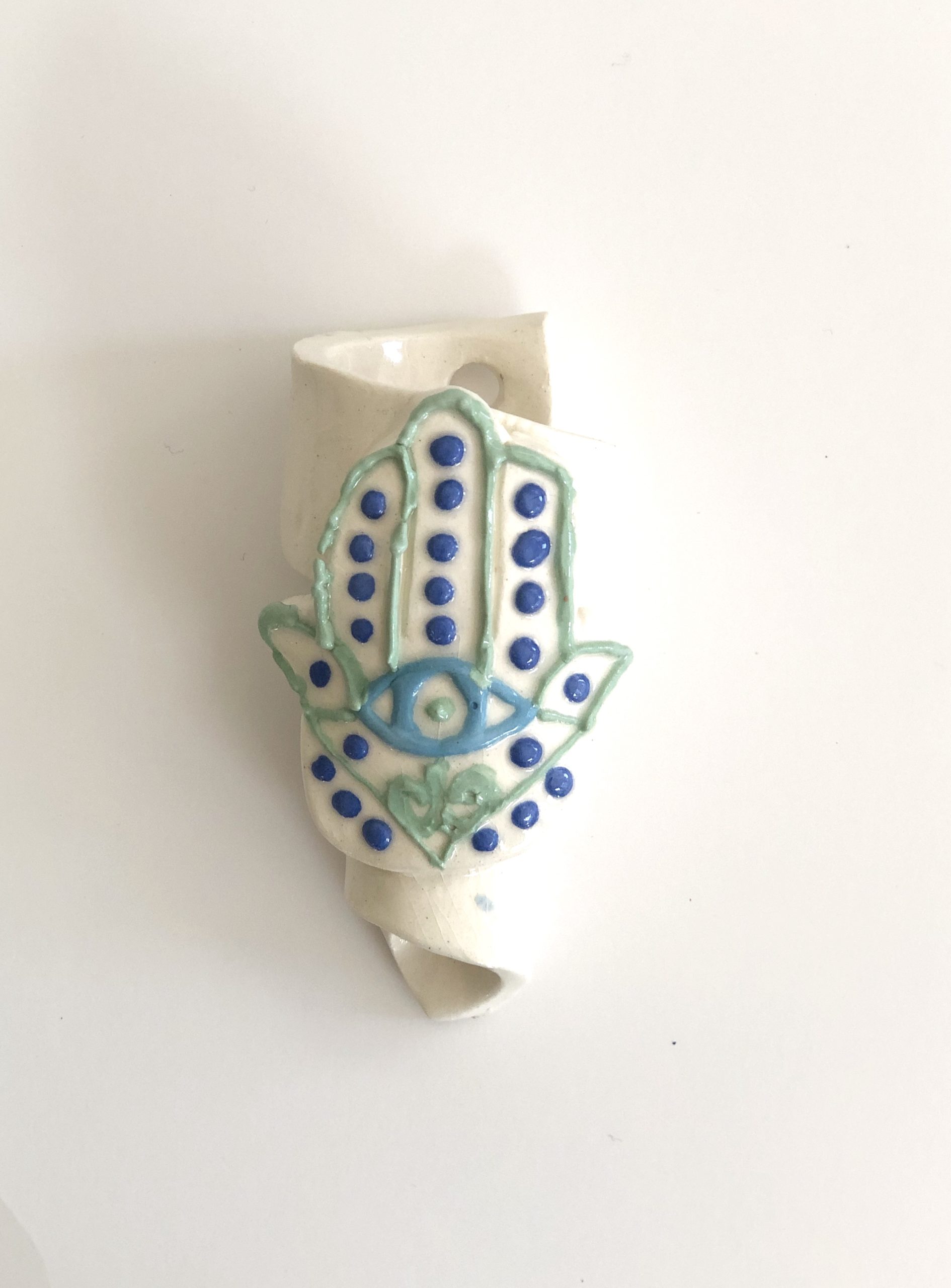 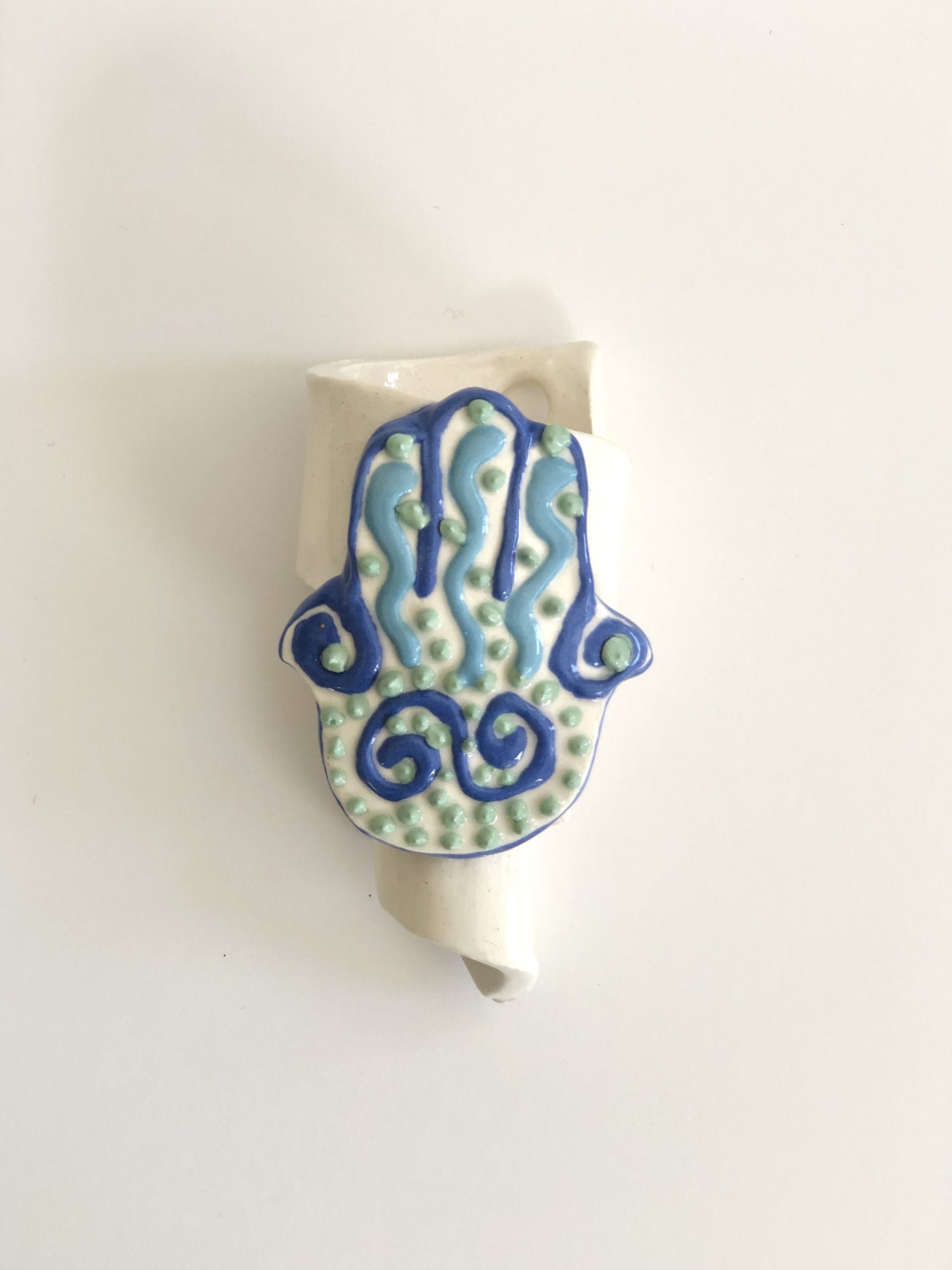 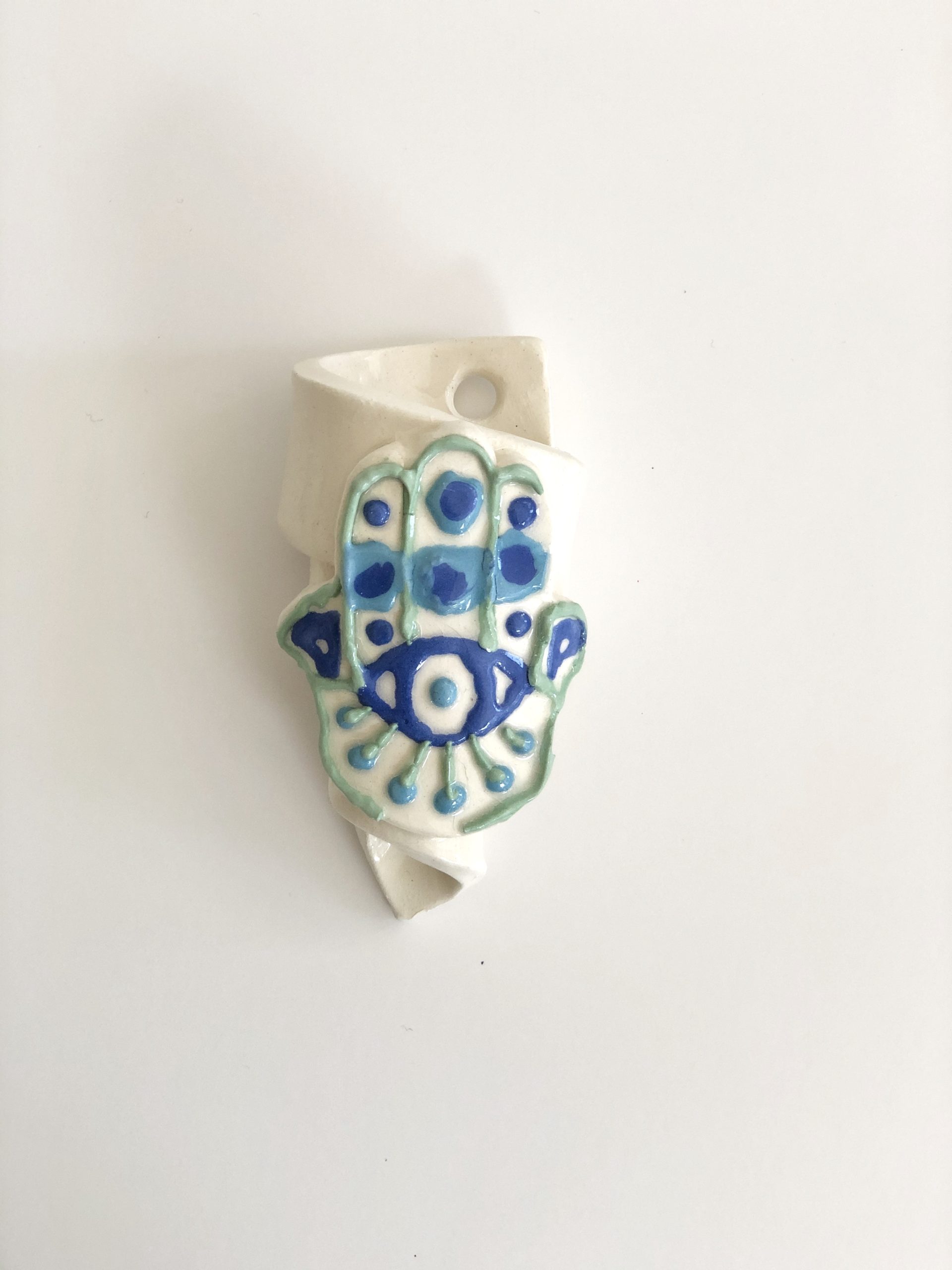 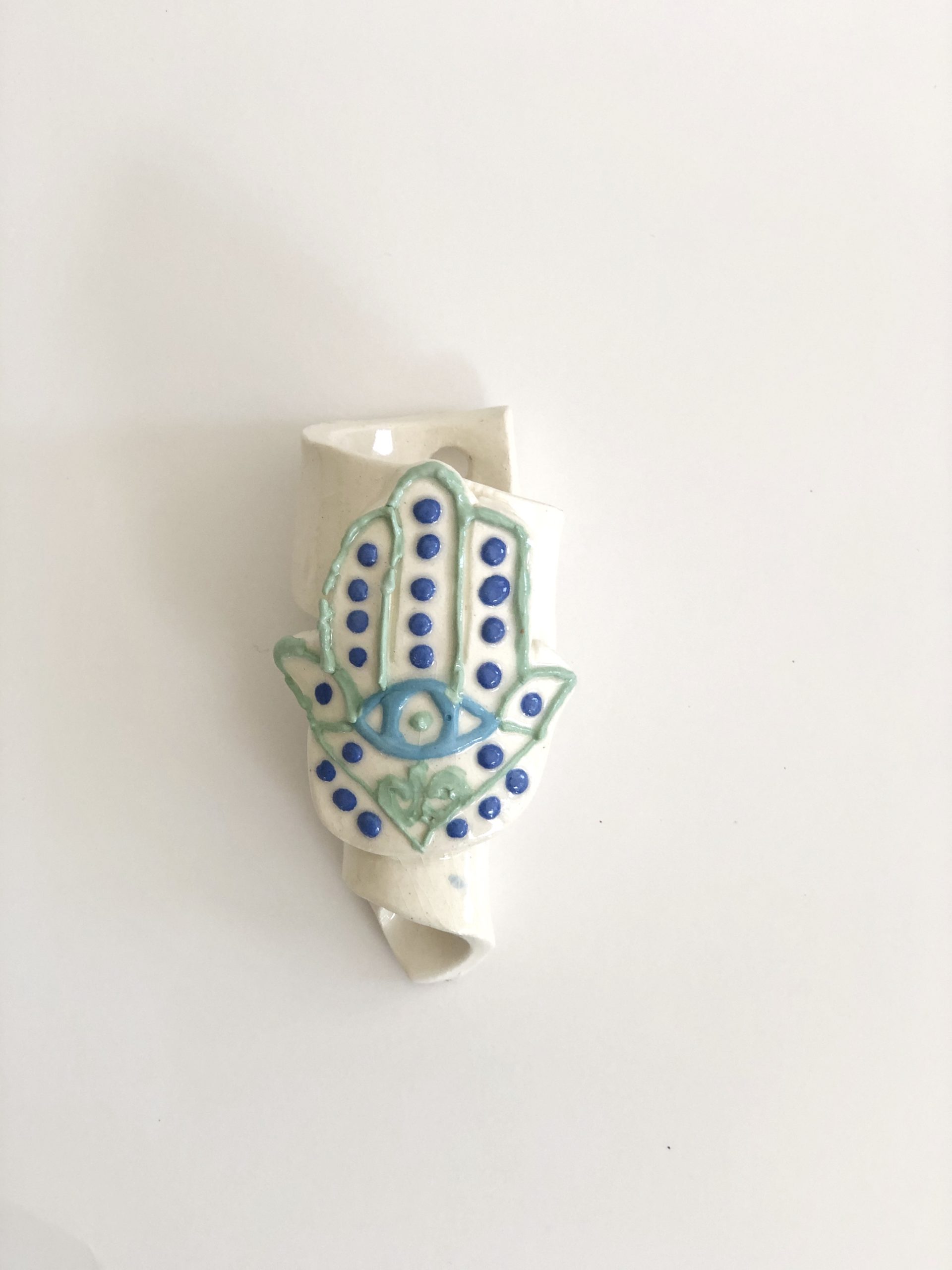 The Best Part of Waking Up is Mazel in Your Cup

You Got Mazel Lucky Coffee Mug

Lucky I Got Mazel Coffee Mug

I Got Mazel – Pillow