A red string itself is worn as a bracelet or band on the left wrist of the wearer because the left side of our bodies is  closest to the heart and the left side is also known as the receiving side.

The red string bracelet is worn as a representation of protection, faith, blessing, good luck, strength, and spiritual connection.

Biblical history of wearing a string.

When wearing The Red String on our left wrist, we can receive a vital connection to the protective energies surrounding the tomb of Rachel.

Rachel the Matriarch represents the aspect of protection in the physical realm. Her greatest desire and purpose in life was to protect and defend all of her children from evil. That is why she evokes the element of protection from the universe.

The idea behind this practice is that Rachel is accepted as the ultimate mother figure who protects her children from the odds. By tying this thread, it is perceived that she is protecting all her children from the evil. She was diligent in her prayers, and hence consequently, she gave birth to two boys.

A scarlet thread, tied about the wrist, is mentioned in Genesis 38. Tamar becomes pregnant by her father-in-law, Judah, and gives birth to twin boys.

There is a fleeting mention in the Talmud about the practice of tying a bundle of herbs or gems and wearing them in order to ward off the “evil eye.” This comment is an offhand remark concerning laws of Sabbath observance.

Wearing one, actually has many positive effects on one’s mind and body.

Today many people use it as a reminder that they are not alone, to believe in themselves and to stay positive even when facing what appears to be adversity.

Few colors have the power and influence that the color red has.

In fashion the color red is associated with sexiness, assertiveness and strength. Red through out history has been associated with strength and fortitude. It is also used as protection against ‘malicious forces’.

Wear a red string bracelet when you’re ready to get your share of the attention and good karma from the universe.

When you wear the red string bracelet its a reminder that Mazel (luck) is always with you. 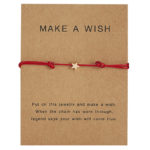 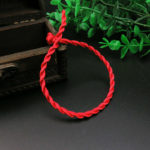 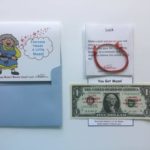 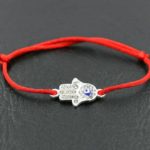 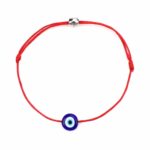 The “evil eye” is mentioned in the Talmud and has practical ramifications in Jewish law. For instance, one is not permitted to stand and stare at his friend’s field that is in full bloom, so as not to plague it with an “evil eye” (Baba Basra 2b). The “evil eye” is best described as a situation where “one conspicuously stands out, and there arouses people’s jealousy and discomfort.”

A person possessed of an ‘evil eye’ carries with him jealousy & envy, a destroying force. Be on your guard not to come near him. He may injure you.” – The Zohar

Wearing a thin scarlet or crimson string (Hebrew: חוט השני) as a type of talisman is a Jewish folk custom as a way to ward off misfortune brought about by the “evil eye” (Hebrew: עין הרע).

No longer limited only to bracelets, some men carry red strings in their wallets, and women who are pregnant, or trying to get pregnant, sometimes wear red strings around their waists. 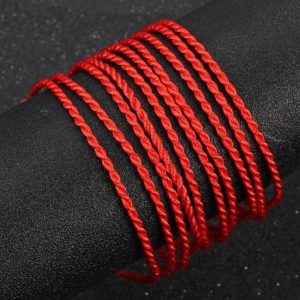 No matter how it is worn, it is meant to be a represents the strength of your faith in yourself, and will help you maintain positive focus in your life.

It is also believed that if a red string bracelet is worn by the entire family, it is like a spiritual blessing for everyone, which will last for generations! It will make the family members connect better and act as each other’s support in times of need.

Yes, perhaps there is something to wearing a red string.

Everyone Needs A Little Mazel 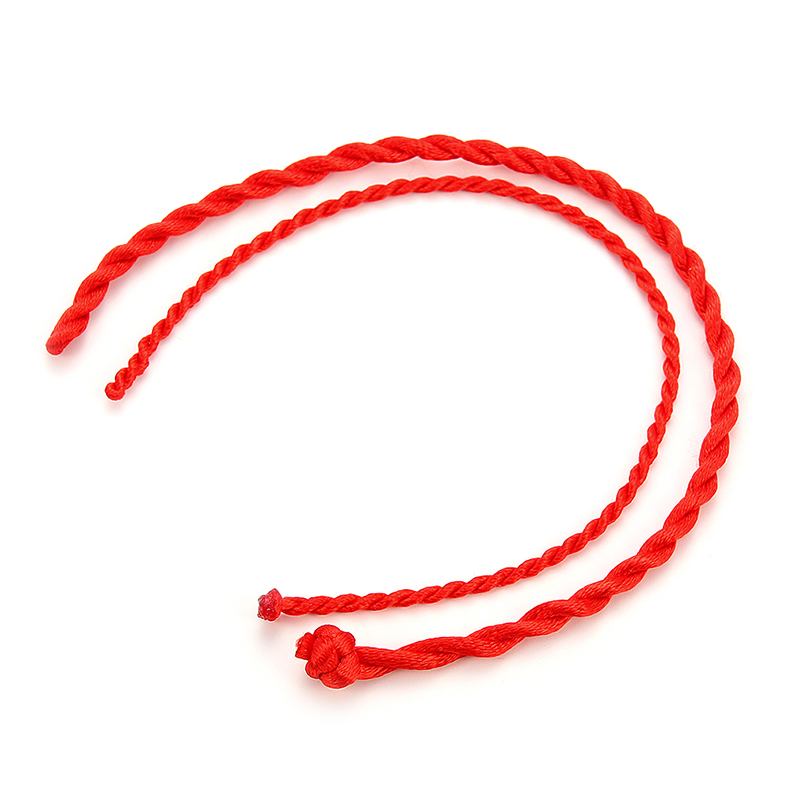 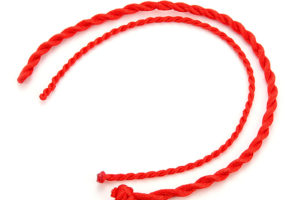 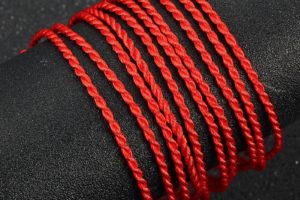 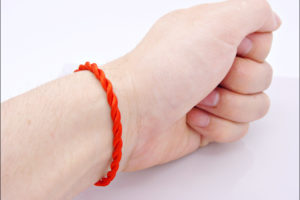 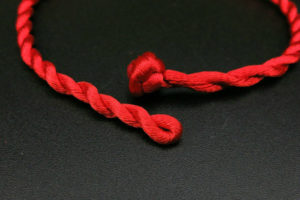 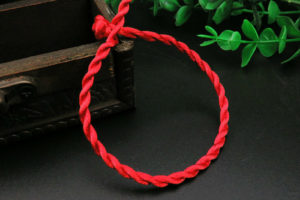 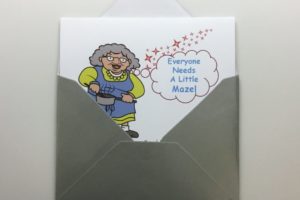 The Scarlet Thread of Hope.

Put this bracelet on and make a wish.

It is an ancient custom practiced by wearing The Red String on our left wrist, we can receive a vital connection to the protective energies as an amulet (segula) for safety, success, and good fortune.

By tying this thread, it is perceived that  protecting all from the evil. It is also believed that if a red string bracelet, it is like a spiritual blessing 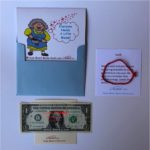 Send a Gift of Luck

When you wear the red string bracelet its a reminder that Mazel (luck) is always with you.

Elegantly packaged within a card with your message hand written to the recipient.

Give A Gift That Is Meant To Be Shared. 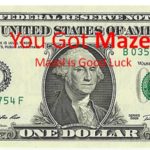 Pass the Buck and Get Some Luck! Every gift or self purchase includes pay it forward “good deed money” enlisting the recipient as the messenger of a good deed to bring blessings to others.

The idea behind this is that when one is going to perform a good deed of charity they will be protected as they are on a mission of good deeds.

What a wonderful way to create positive karma.

Pass The Buck & Get Some Luck

Every purchase includes a crisp $1 bill, Mazel Lucky Buck aka  “good deed money” empowering  the recipient as your agent of good deeds to donate the dollar to a worthy cause.  Giving others the opportunity to perform a good deed is the ultimate act of paying it forward. Who knows, maybe your dollar will be the one that changes the world.

The gift that keeps on giving. 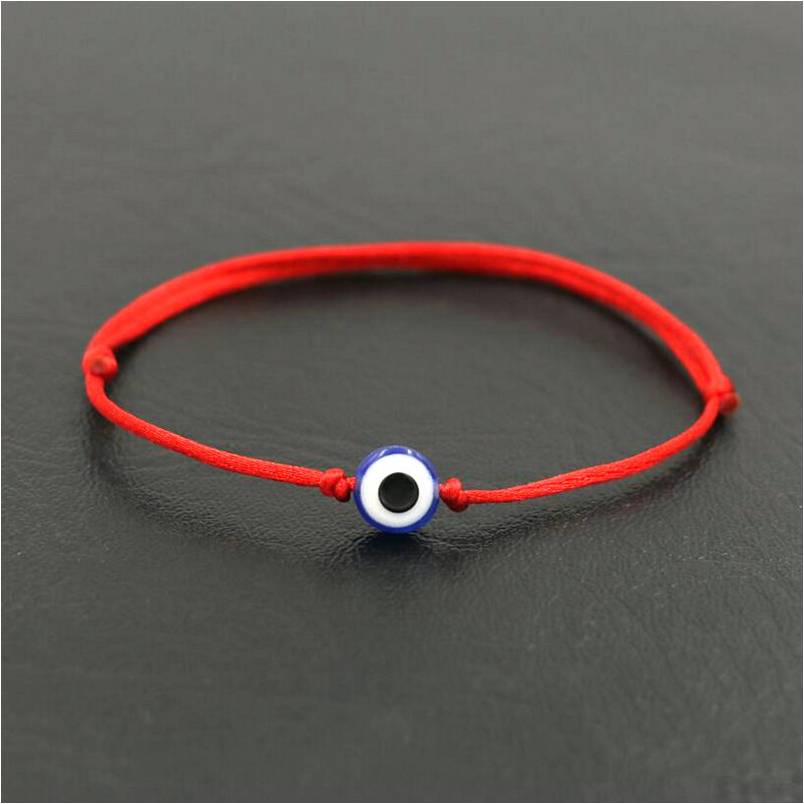 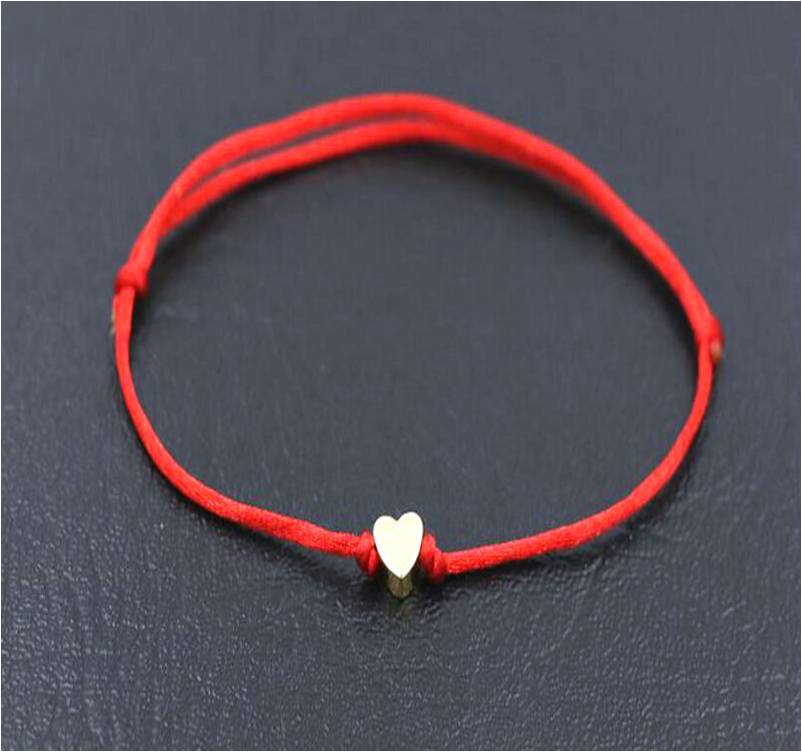 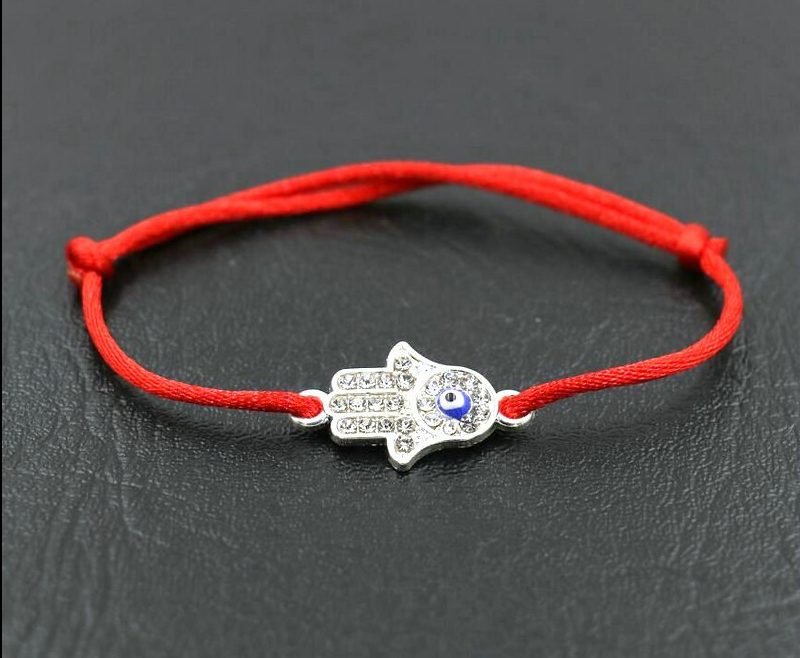 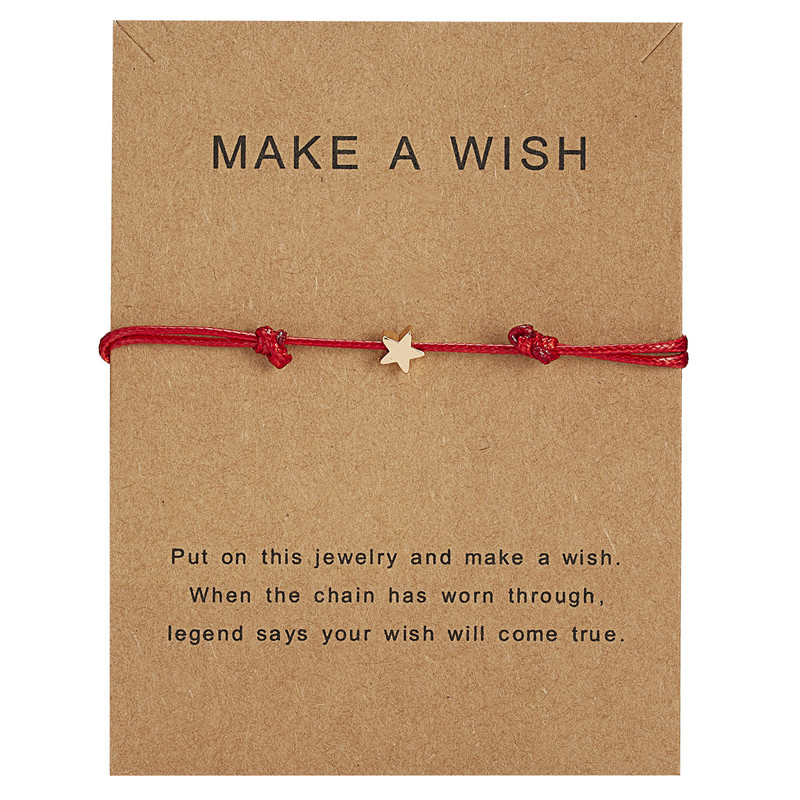 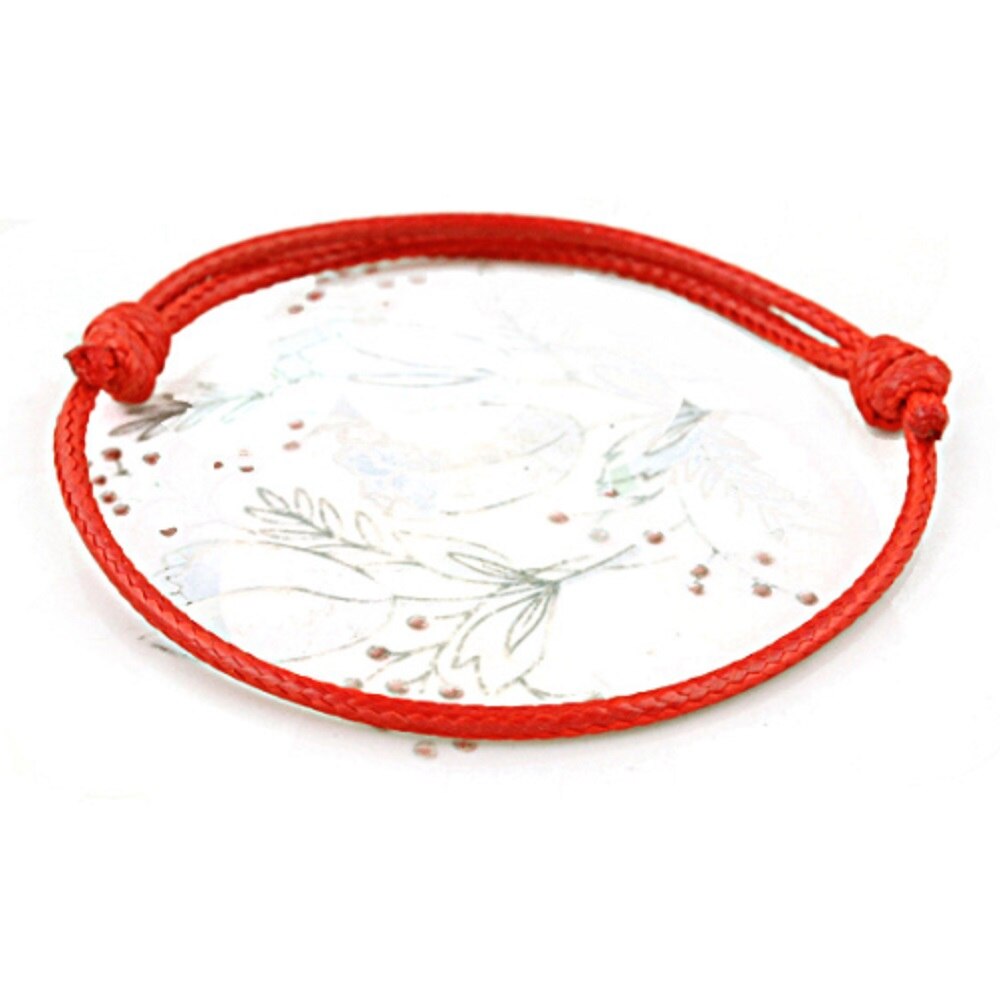 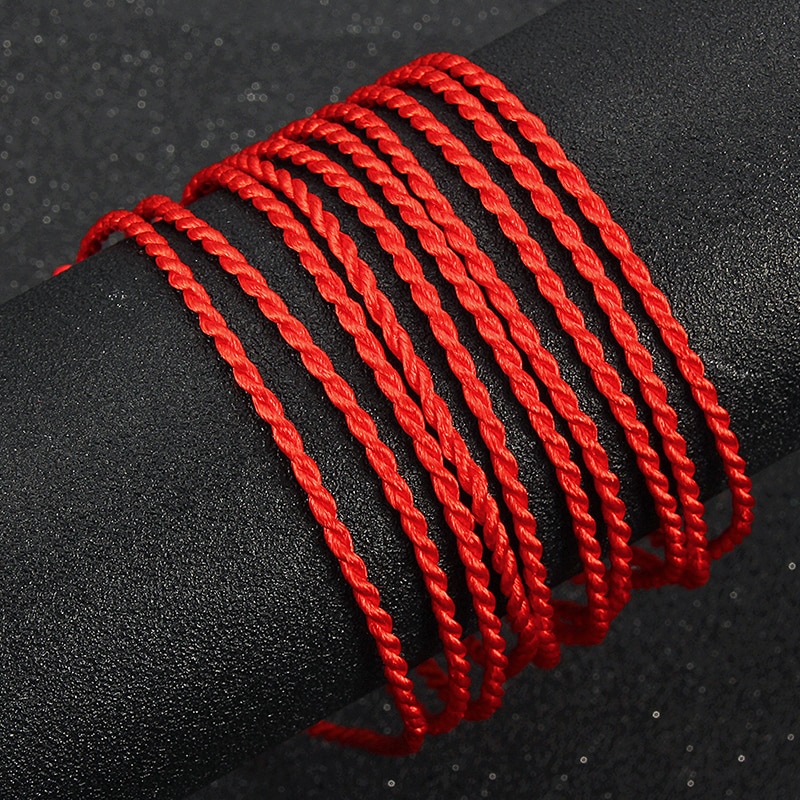